Motility is Important to Overall Health and Wellness

Written By: Christy L. Dibble, DO, Director of the Women & Infants Hospital's Center for Women's Gastrointestinal Health on June 3, 2021

Motility is something that affects us all and has an impact on our overall health and well-being, which is why Dr. Christy L. Dibble, who is the Director of the Women & Infants Hospital’s Center for Women’s Gastrointestinal Health, says people need to be aware of what it is, and explains the impact it can have on one’s physical condition.

Dr. Dibble, among other things, specializes in the digestive system and its disorders, also known as motility. While many may not be aware of what motility, or gastrointestinal motility, refers to, she explains, it’s the movement through the gastrointestinal tract, which includes movement within the esophagus, in the stomach, the small intestine, as well as the colon.

She adds that some of the more common motility disorders include esophageal motility disorders, including GERD or gastroesophageal reflux disease. She encourages people to pay attention to symptoms, even ones that may seem common, such as difficulty swallowing, as there may be an underlying health issue causing it.

“It's important to have good motility throughout the gastrointestinal tract because we don't want things to remain stagnant within the gut. And when things remain stagnant, they can cause inflammation. And subsequently, inflammation can actually lead to other problems like blockages or even cancers down the road. So we like for everything to be moving perfectly smoothly through the GI tract. One of the more common things that I see patients for include patients who have swallowing disorders. One of the most common ones is called Achalasia,” Dr. Dibble says.

She adds, “the reason it's important to diagnose Achalasia, is because food, if it's not moving properly through the esophagus, can actually become stuck at the bottom of the esophagus, which we call the lower esophageal sphincter. And then food will continue to get stuck there and the patient can actually develop what's called a food impaction. So it's really important to make a diagnosis with a technology called esophageal manometry. And then with that diagnosis, we can then do different techniques to open up the bottom of the esophagus so that patients can swallow again and food can move through smoothly.”

“Another very common reason to see me is if you have atypical or what we call refractory reflux symptoms. So that means maybe you have gone to your primary care physician or even your gastroenterologist with chronic heartburn, regurgitation, maybe some pain in your upper abdomen. You've been on a long-term acid-blocking medication such as Prilosec, but you're not seeing any noticeable difference in symptoms. So those are the types of patients who come to see me. And then we do a variety of different types of reflux testing.”

To assist her, Dr. Dibble uses state-of-the-art technology, to capture information going on inside the body.

“One of the more traditional ways to do reflux testing involves a long catheter that we use to insert into a patient's nose, and it has a small sensor on the bottom and all of the acid that comes up from the stomach into the esophagus over a 24 hour period, that sensor would pick it up. Then the patient would return. We'd remove the catheter and we would upload the study, and read it,” Dr. Dibble continues.

She also uses the BRAVO study, which, she says, many patients prefer.

“It’s a little multivitamin-sized wireless capsule. We insert it endoscopically into the esophagus, just a couple of centimeters above where the esophagus meets the stomach. We call that the GE junction, it just will sit there for a couple of days. You can't feel it, but it will be measuring all of the acid that comes up during a two day period. Let's say a patient has a symptom of heartburn. They'll press the button on this little receiver that communicates with the capsule. When the study’s read, we can actually see if that episode of Heartburn correlates to an acid reflux episode.”

Taking care of her patients, and keeping them healthy, has proudly been Dr. Dibble’s life’s work.

“I believe that care should be really personalized to the patient and of course delivered with compassion. I honor and I also recognize that really a key component to the physician-patient relationship is making sure that our patient’s needs are always met. I also believe very much that delivering the best practice and care for our patients is often with a team multidisciplinary approach.” 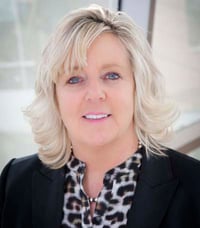 Sign up for latest updates in health and wellness

Send Us A Message

In The News
Media Relations

Get the latest updates in health and wellness